Being a long time fan of Canon I have managed to acquire some unique cameras of theirs.  One of the oddest EOS film cameras that I own is this IX Lite. 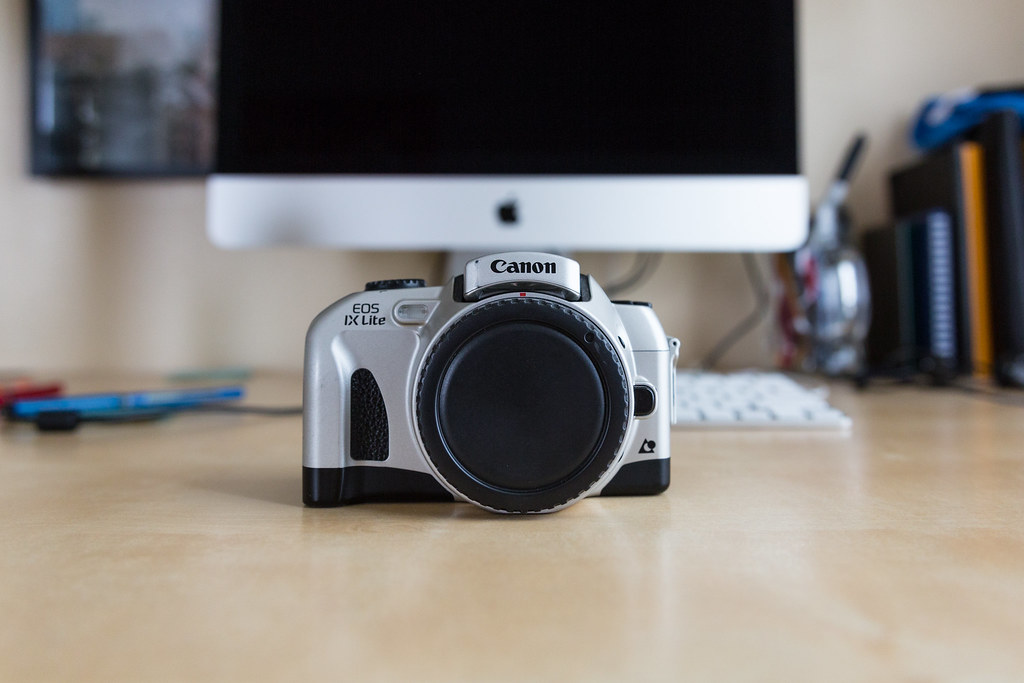 While it looks a lot like any ordinary SLR body it is actually quite a different animal. This is one of two Canon cameras that attempted to use the short-lived APS (Advanced Photo System) film format marketed by Kodak, Fuji, Agfa and Konica.  The format was a hybrid of standard SLR film with some “digital” features that used a magnetic layer to store such things as exposure data, date, time and “captions”.  In addition to this extra stored image data the format offered the photographer three format options:  Classic (a normal 3:2 aspect photo), High-Definition (a wide-format 16:9 aspect photo) and Panoramic (a 3:1 aspect wide-format photo).  These choices can be seen on the photo of the camera back below. The dial with C, H and P permitted the photographer to choose which he wanted.

The APS format utilized a film cartridge that wound and unwound the film as it was needed; maintaining it within the container when the camera was turned off.  With this approach a partially exposed film cartridge could be removed from the camera and later replaced; resuming its position and ready for shooting until all of the film was exposed.

The APS technology was released in 1996 and was on a path to the technology graveyard almost from the start.  The release of steadily-improving (and declining in price) digital cameras in the late 1990s and into the 2000s left this odd product behind.  Camera manufacturers continued to produce APS cameras until 2004 and APS film until 2011. Expired lots of APS film are still available today on Amazon and eBay. 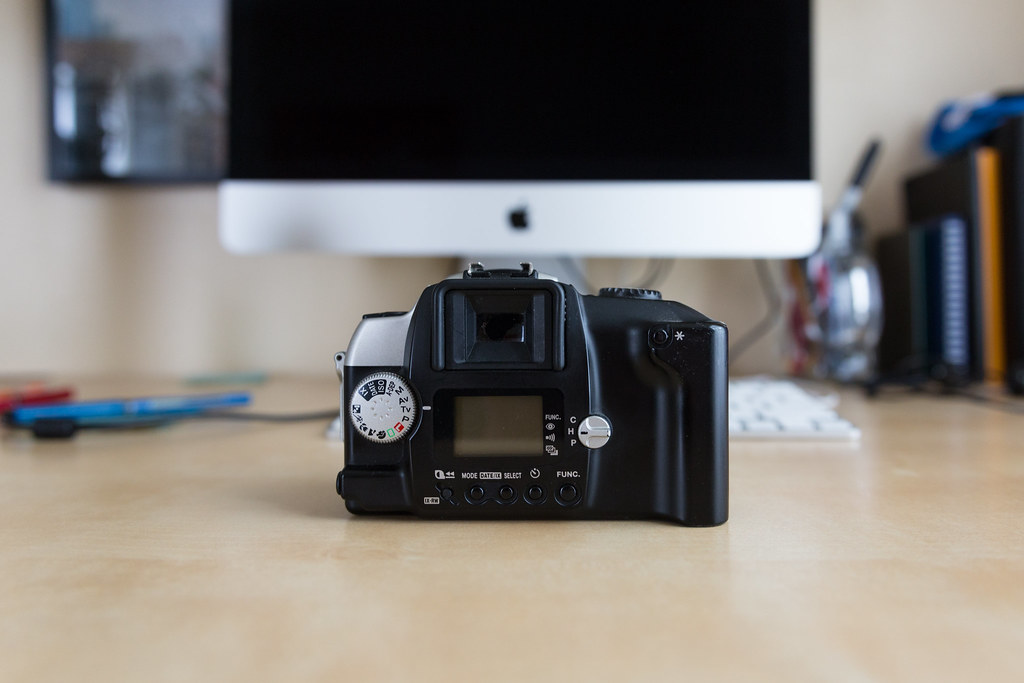 And if you are curious if this one works, it does.  Upon acquisition of the camera I also managed to get some APS film and was able to test out the modes. As the film was expired the results were not great but at least I knew that it was fully functional (the one requirement of all cameras in my collection).

This site uses Akismet to reduce spam. Learn how your comment data is processed.

Last reply was 5 months ago